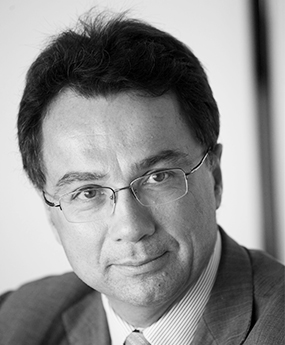 Trained as a physician, Roberto Gradnik has more than 25 years’ experience in the pharmaceutical and biotechnology sector. After holding various positions with the Knoll Group (a subsidiary of the BASF Group), including that of Vice-President International Marketing Cardiovascular, he joined the Serono Group in 1999 as Italy’s General Manager and Head of Southern European Subsidiaries. He was then appointed Executive Vice-President for Europe, in charge of all European markets, and a member of the Executive Committee. He continued in the same position for Merck Serono after the acquisition of Serono by Merck AG. More recently, he was appointed Executive Vice-President, Global Business Unit for Neurodegenerative Diseases for Merck Serono. Since January 1st, 2012 until March 31 st , 2014 he was Chief Executive Officer of Stallergenes, a European biopharmaceutical company specialized in the treatment of severe respiratory allergies with allergen immunotherapy. Roberto Gradnik was President of EBE (European Biopharmaceutical Enterprises).

Categories:
Board of Directors, Management