Urinary Incontinence (UI) is defined by the International Continence Society as the complaint of any involuntary leakage of urine (Abrams et al., 2002).

While not lifethreatening, Urinary Incontinence is a significant medical problem that affects a large population of male and female patients, significantly impairing their quality of life, and is as of today less than satisfactorily addressed by available therapies, both medical and surgical. In particular, there is no approved drug treatment for mixed Urinary Incontinence worldwide. 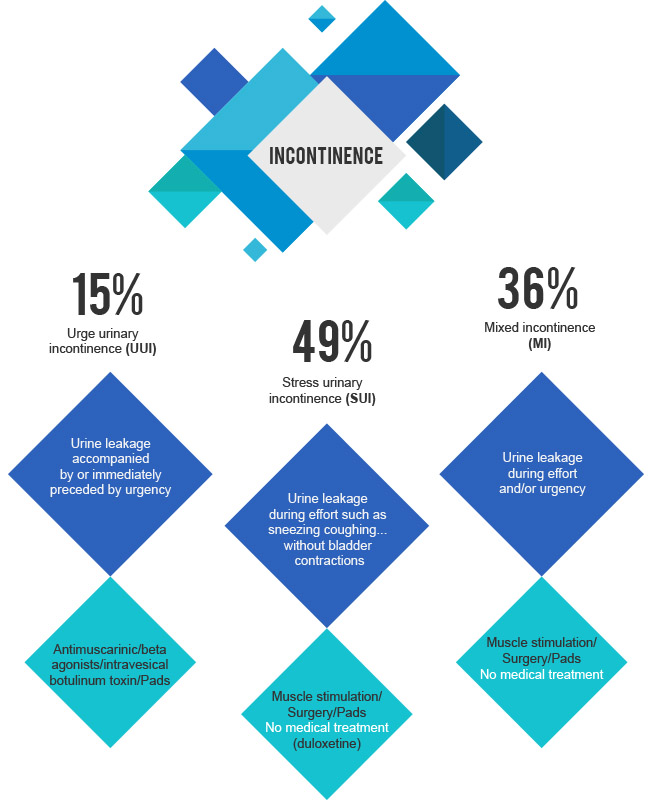 Despite efforts over the past 20 years to educate patients and health care providers alike about bladder health, many still believe that UI is a normal part of the aging process. Thus, considerable numbers of adults with UI suffer in silence and never seek or receive treatment (Ko et al., 2005), unnecessarily resulting in physical, psychosocial, and economic tolls on affected individuals, their loved ones, and their caregivers. The ambition of Ixaltis is to bring a solution to these patients in the form of an effective and well tolerated drug.